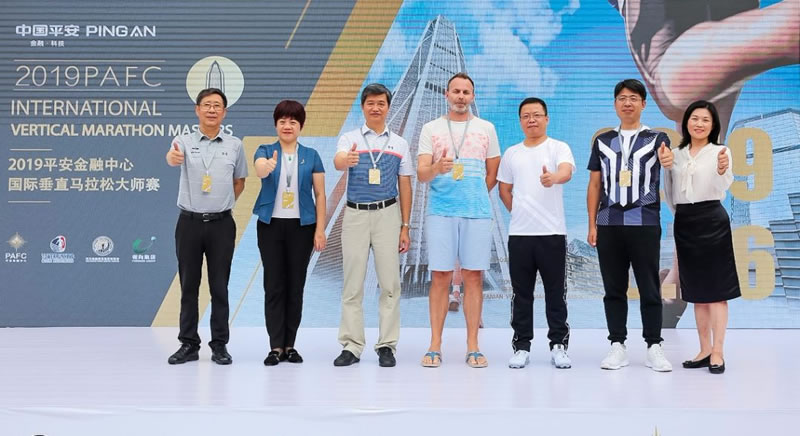 This is the second consecutive year that Ping An Finance Center, a landmark building in Shenzhen, has hosted this event since its establishment. This year witnessed a further upgrade of the event. The participating groups are divided into the professional group and the public group, led by the top 50 vertical marathons athletes from 17 countries including the United States, Germany, Australia, Poland and Estonia, consisting of more than 300 domestic and foreign enthusiasts of vertical marathon. 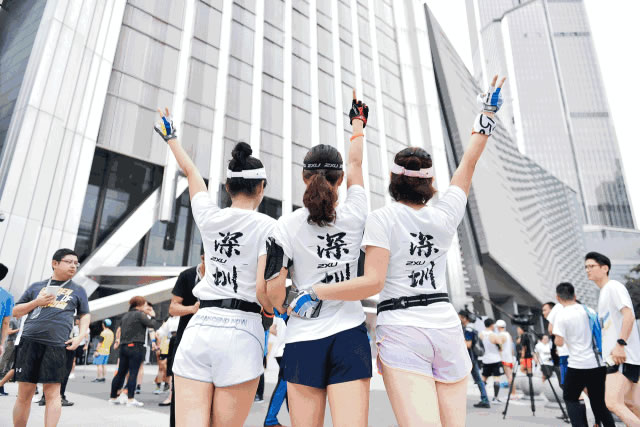 The Chinese players participating in this competition are not slower than anyone else in the professional group of the best athletes. Finally, Chinese players Liu Zhisen and Jian Muhua won the men's and women's championships in the professional group at 19:52 and 23:06 respectively. Notably, Jian Muhua won the runner-up at 23:07 last year. In the competition one year later, she still maintained her level at the peak and won the championship by defeating Australian athlete Suzy Walsham, champion from the previous year. Another Chinese player Zhou Qinglan also successfully entered the top 3 of the professional women's group. 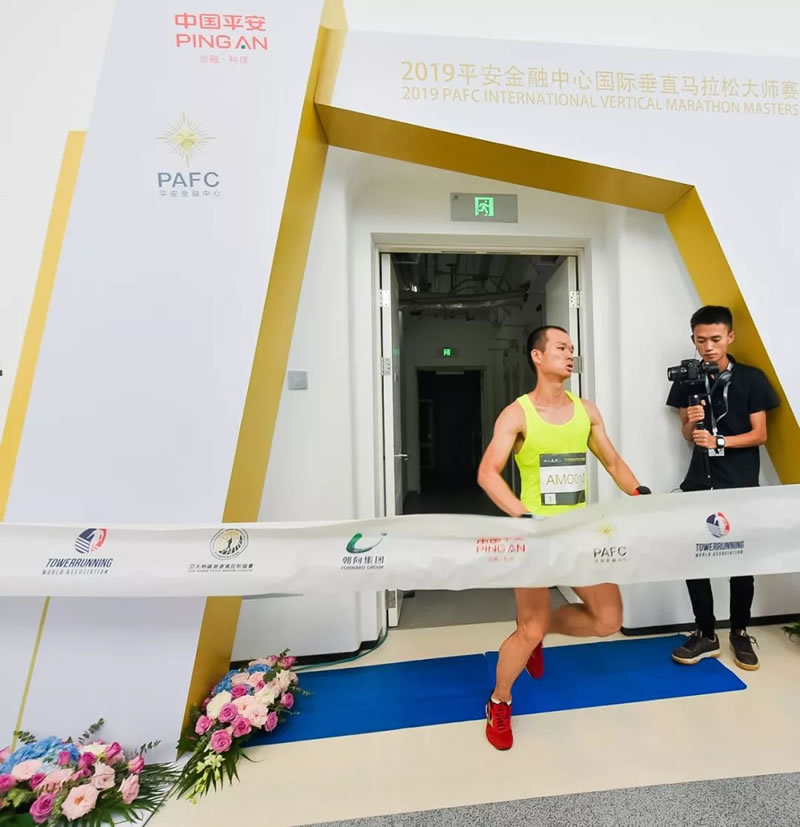 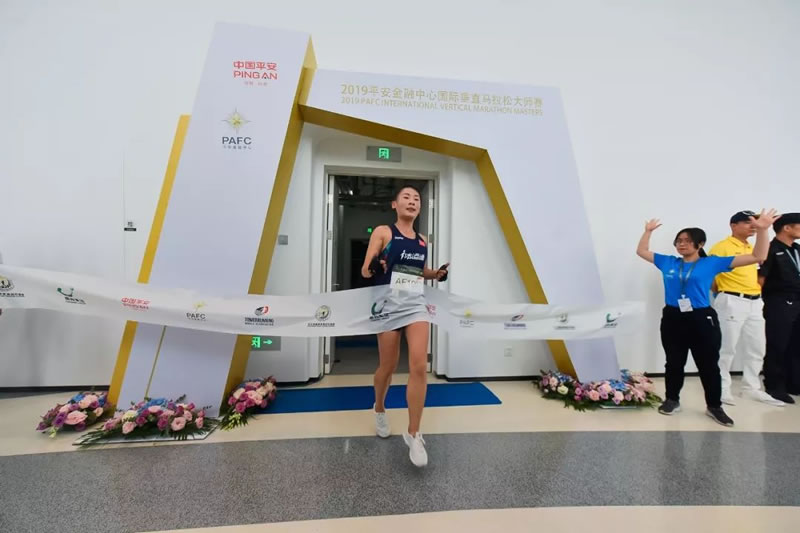 The players in the public group also put on excellent performance. Ye Chaoyang and Li Sulan won the men's and women's championships respectively; Ye Chaoyang even showed the same level of the professional group players, surpassing the third place from the professional men group by 15 seconds with a score of 20:02. 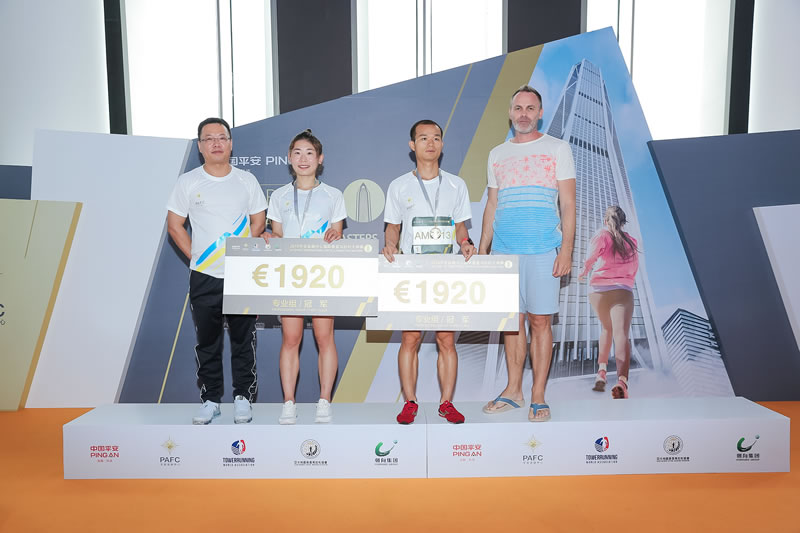 With first-class hardware facilities, high-level event positioning and high-quality services, International Vertical Marathon Masters 2019 of Ping An Finance Center has won acclaim worldwide since it was first held in 2018, and has become one of the most influential vertical marathon events in China. Located in a superior CBD position in Shenzhen that integrates financial ecology and economic humanities, Ping An Finance Center is a world-class comprehensive business platform. The building adopts the world's most advanced design standards and has excellent performance in intelligence, environmental protection and safety. Since its official completion in 2018, it has won the 16th China Civil Engineering Zhan Tianyou Award and the 2019 Global Best Architecture Award of 400 Meters or More. The event is certified by TWA, an international authority that manages and promotes vertical marathons. The scores and points are included in the TWA Tour rankings. The two champions of the elite group receive 200 points from TWA. 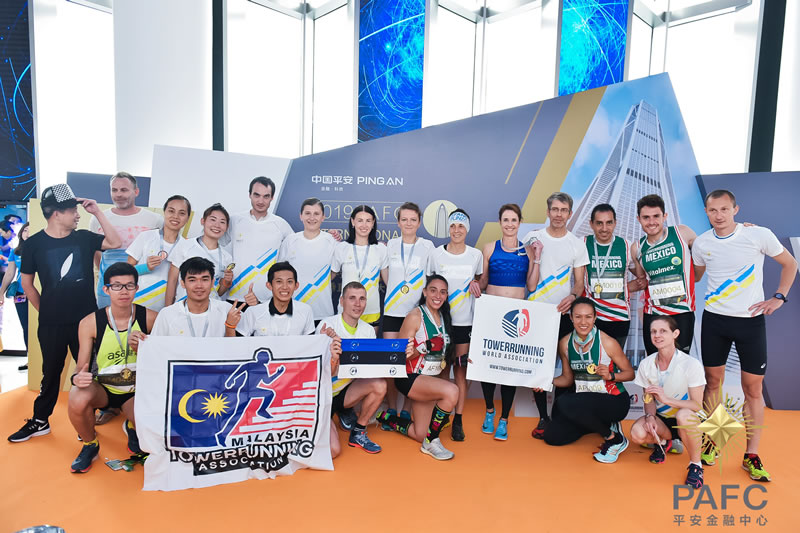 The finishing line is set on the 116th floor above 3,201 steps. At Free Sky on the 116th floor of Ping An Finance Center, players could have a 360-degree view of different landscapes of Shenzhen. The world's highest suspended glass observation decks, interaction experience area, and special display area provide them with distinctive experience and feeling. 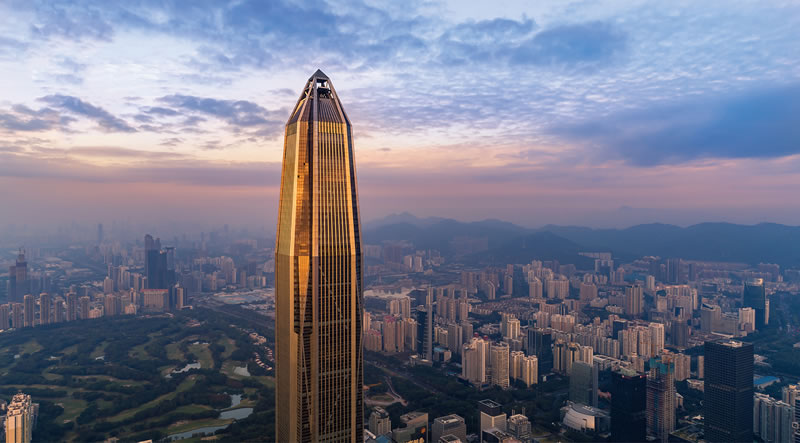 As the sponsor of this event, Ping An has always been active in fulfilling its corporate social responsibilities and promoting universal fitness in the form of "sports + public welfare". In recent years, relying on its professional comprehensive security service system, Ping An has successfully provided professional insurance protection and voluntary services for Beijing Marathon, Shanghai Marathon and Shenzhen Marathon. Meanwhile, Ping An has also made effort for poverty alleviation through the "Ping An Sancun Charity Run" project to help children in the impoverished mountainous areas. 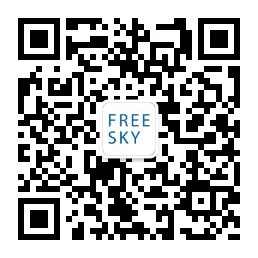